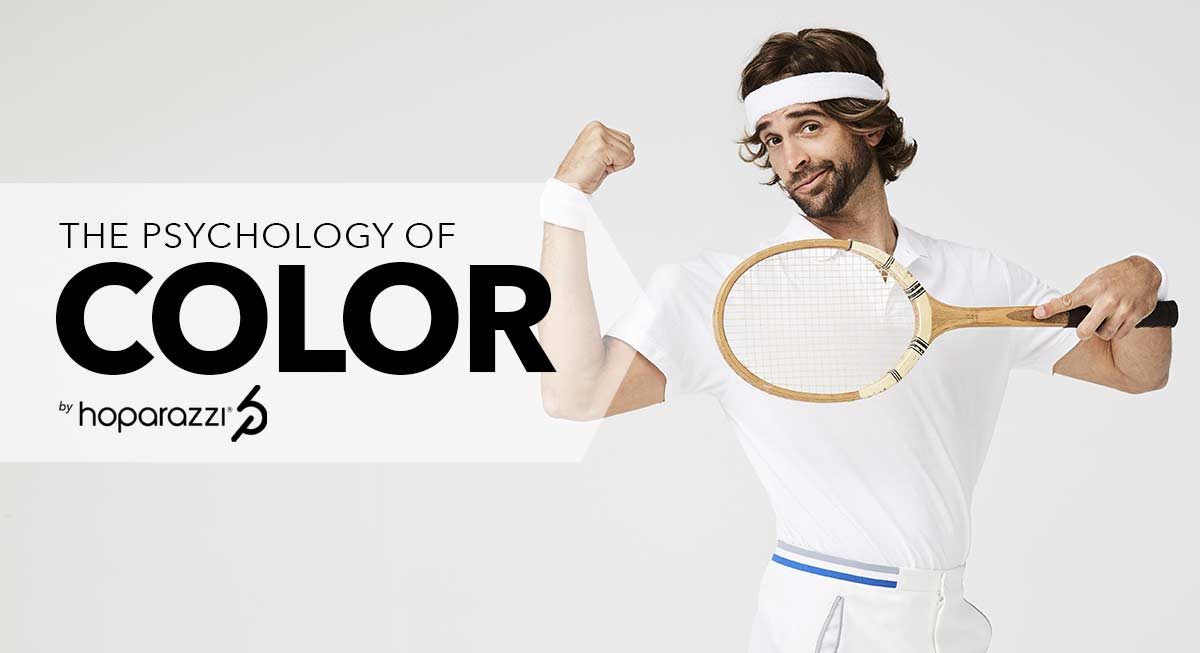 Color can influence behavior and mood, why wouldn’t it effect how you play and even how you are perceived by referees, opponents, fans, etc. on the court? Studies have shown that a teams’ jersey color can influence how often they are called for penalties during games. An example of this might be the 1979-1980 Pittsburgh Penguins hockey team, which changed its uniform colors from light blue to black in the middle of the season.

The psychology of color can influence your own performance, affects how your opponent views you, and can generate greater response by fans.

WHAT DOES COLOR SAY ABOUT YOU ON THE COURT?

Use the psychology of color to your advantage and improve your tennis game, with Hoparazzi.